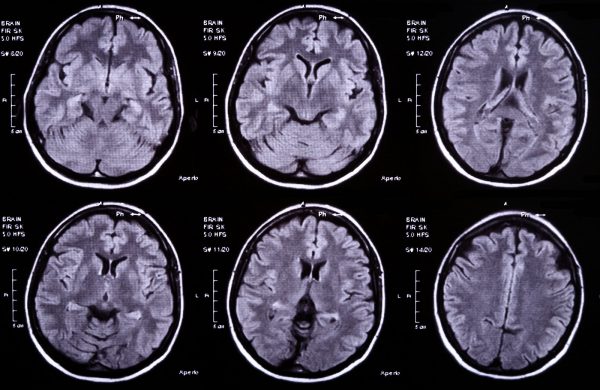 In November 2007, Marjorie and Bill (the names used in this story are pseudonyms) celebrated their 35th wedding anniversary. The same year, calamity struck their family after Marjorie, 72, fell off a skateboard and hit her head while playing with her grandson at her daughter’s house in East Tennessee. The damage was devastating: Marjorie’s brain swelled, and doctors and the University of Tennessee Medical Center had to remove between 25 and 50 percent of her skull to relieve pressure on her brain.

With that part of her skull on ice, she remained in critical condition for more than a month. From there, she underwent more than three months of intense physical and occupational therapy to learn to walk, talk and write again.

After the accident and surgeries, Bill, 77, says Marjorie was “kind of like a new wife. I mean, everything about her changed: her laugh, her mood. I mean everything: her memory.”

Doctors told the couple that Marjorie, who’d worked in a professional setting, would likely not be the same after the incident. Marjorie’s progress was “very, very, slow,” Bill says. “The doctor had told me that they couldn’t give us any idea on the progress. He couldn’t make a [definitive] statement, and that if she survived, she would be at a new level of normal.”

A few months after the surgery to put the aforementioned piece of skull back where it belonged, Marjorie was still suffering from tremors, depression, seizures and confusion. She didn’t like this level of normal, and grew frustrated and angry. She took countless medications prescribed to her by doctors before a friend told her about using marijuana for treatment. At first, both Marjorie and Bill had reservations about using marijuana. Neither had ever chosen to use it, or any other drug, recreationally. The couple rarely even drank, they say.

But eventually, Marjorie did try marijuana, and she found smoking it severely reduced the seizures and depression brought on by her brain injury. At first, she bought small baggies of it from a friend who would deliver it to her, but at some point during Marjorie’s self-treatment with cannabis, the couple decided they didn’t like the hassle of going through somebody else. They set out to use the seeds from the bottom of the bags they bought to grow their own marijuana plants.

“We were rookies, novices,” Bill says. “We really didn’t know what we were doing.”

In August 2015, the plants were mostly thriving, but they hadn’t grown very large yet. While he helped cultivate the plants, Bill, who had a career as a studio musician, never smoked the marijuana they bought.

“His job was to water the plants,” says Marjorie, a petite woman with small wire-frame glasses and shortly cropped ashen hair.

It was clear to Bill that the pot worked for Marjorie. That’s why he decided the risk was worth it.

“Her mood and her temperament was considerably different,” Bill says. “She wasn’t incapacitated or blacked out or anything like that, but she did mellow out a little bit. It seemed to really ease the anxiety.”

That August, while the couple was out running errands, someone attempted to break into their home in North Nashville, and their home alarm system went off.

They couple wasn’t there, and when police arrived, they eventually found themselves standing amid a large group of potted plants on Bill and Marjorie’s covered back porch. The Metro Nashville Police Department found upward of 20 plants, and when the couple showed up 15 minutes after the alarm company alerted them, the Crime Suppression Unit was there to meet them. Officers also found a small amount of loose pot and a pipe, but no evidence of drug-packaging materials or a scale, which would indicate the couple was selling marijuana.