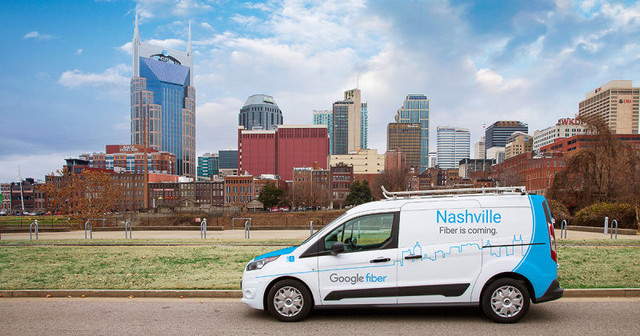 There’s an important vote this coming Tuesday, September 6 in Nashville, Tennessee. That’s the day the Nashville Metro Council is scheduled to vote on a “one touch make ready” ordinance that Google Fiber wants enacted. Ahead of the vote Google Fiber has published some numbers to support what it sees as a problem, according to Ars Technica.

At issue are utility poles and who gets to move wires around to make room for new wires. Google Fiber has been complaining that AT&T and Comcast have been slow to allow access to utility poles those two companies own in the city — access the Google Fiber needs to deliver gigabit fiber optic internet service to customers who want it.

Google Fiber say it can’t get access to 44,000 utility poles in Nashville and is hampered by the current “make ready” regulation. Under “make ready,” each utility company that has wires on a pole has to move its own wires before a newcomer can attach new wires. One factor neighborhoods likely don’t appreciate is that rather than have one truck show up and do it all, multiple trucks from multiple companies are required.

The vote on Tuesday is for (continue reading at Digital Trends)