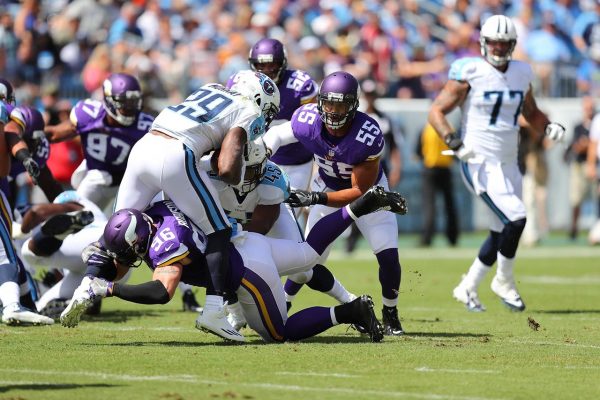 It was such an uplifting day — mild temperatures, blue skies, the first home game on the banks of the Cumberland River for your two-tone blue team.

When the Titans jumped out to a 10-0 halftime lead, I thought what we had been hearing out of Saint Thomas Sports Park during the off season and preseason games was real.

But the Minnesota Vikings, a playoff team with 11 wins last season, came out of hibernation.

From then on, it was Minnesota’s version of a Prince standard. Call it Purple Reign.

You could say the Titans self-destructed. You would be correct. They were fumbling, bumbling and generally falling apart at the seams in the second half.

“It was a tale of two halves,’’ Titans coach Mike Mularkey said. “There was just a melee of turnovers. We didn’t convert that third and one and we couldn’t get in any rhythm and obviously (we had those) turnovers.

“Turnovers were catastrophic. Nobody looks good on turnovers.’’

It was obvious the Titans defense was keying on future Hall of Fame running back Adrian Peterson. He can be a one-man wrecking ball, but the Titans never let him get untracked.

So they (continue reading)