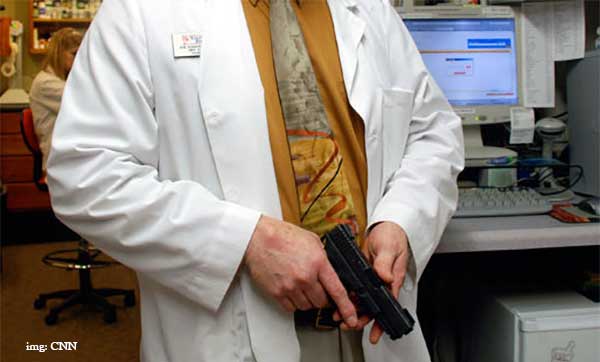 One word: gun. That is all it takes to spark a debate between two very different camps.

One end of the spectrum feels guns are an evil haunting the nation by their mere existence, and they need to be dealt with by restricting (or even eliminating) everyone’s ability to possess them.

The other end believes it is a core right to keep and use firearms for sport, personal defense, collecting, etc., and that no further “gun control” legislation should be enacted. As with all things in life, no one extreme is the right answer.

As we are in the wake of another school shooting by a deranged individual, the spectrum becomes further polarized. People are passionate about this topic, and this is an expected reaction. Those for gun control call for further legislation: universal background checks (which would require background checks for private gun sales), making straw purchases a felony and a federal crime (it’s already a felony, federal crime punishable up to 10 years in jail and $250,000 fine), and closing the gun-show loophole (the rules are no different inside or outside a gun show). Some even openly call for the repeal of our Second Amendment. I feel that most calling for further legislation and government oversight do so because they truly do wish the best for the nation.

We who are strongly pro-Second Amendment, despite popular opinion, do believe in safety and keeping firearms out of the hands of those who should not have them. We just believe there is a different, more effective, way to approach the issue without eviscerating the Second Amendment. I believe everyone has the right to defend themselves. One way I choose to defend myself and my family is with a firearm. If someone breaks into our place of dwelling and attempts to harm my family, I will not hesitate to pull the trigger. I would only fire in self-defense, as firearms should only be used to protect life. The toaster and other material goods can be replaced.

So, I’m a doctor with a firearm who is ready to (continue reading)