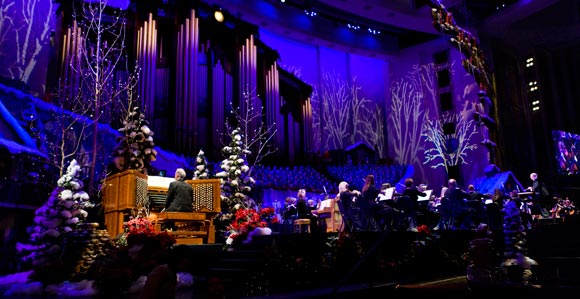 There are a lot of wonderful events to choose from every holiday season.

But for local songwriter, author, musician and entrepreneur Paul Schatzkin, the annual Nashville Unlimited Christmas concert is an absolute must to get him in the spirit of the season.

“I say every year that for me the Christmas season begins with the Nashville Mandolin Ensemble playing ‘Carol of the Bells,’ ” at the Nashville Unlimited event, said Schatzkin, who has attended almost every one of these concerts that take place every year at Christ Church Cathedral.

“When I hear their ‘Carol of the Bells’ my spirit is lifted and I am ready for Christmas,” he said, adding, “Now, this comes from someone who doesn’t care for all of the Christmas music that is played every place I go starting at Halloween. This is different.”

And so it is with many of the folks who fill the pews of the beautiful 1894 Episcopal Cathedral sanctuary (it is on the National Register of Historic Places) each December for this free concert Dave Pomeroy pulls together as a fundraiser for Room In The Inn homeless programs. The concert, which is Tuesday night, is technically free, but there is a suggested minimum donation of $20.

This year’s lineup includes Three Ring Circle, the Tennessee Mafia Jug Band, Mary Gauthier, The Don Juans and Emmylou Harris. And of course, the Nashville Mandolin Ensemble, which has been involved every year. Plus there will be several surprise mystery guests Pomeroy promises will be crowd-pleasers.

This Nashville Unlimited concert is a labor of love for Pomeroy, a highly respected bass player around town. He has played on more than 500 albums by big name stars including Alan Jackson, Don Williams, Keith Whitley, Trisha Yearwood, Emmylou Harris, Elton John and Earl Scruggs, and is also president of the Nashville Musicians Association.

The concert is almost always on the second or third Tuesday in December and is included in the Cathedral’s “Sacred Space in the City” community arts series. Pomeroy says he usually waits until October or November to start asking industry friends to share their music.

“Putting together shows is one of my favorite things to do,” he said, explaining that he selects the artists by thinking about “what would keep me sitting in a church pew for two hours.” (continue reading at Tennessean)