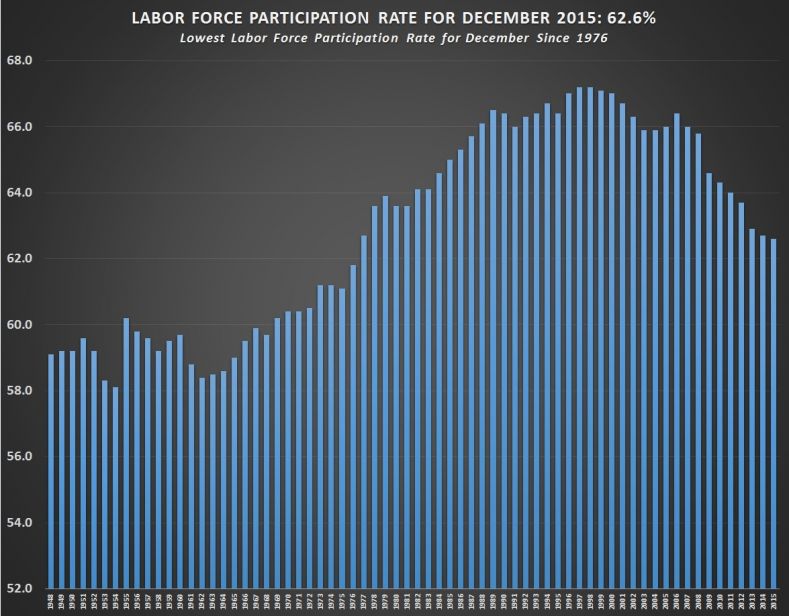 The Bureau of Labor Statistics says the economy added 292,000 jobs in December, and the unemployment rate was unchanged at 5.0 percent — for the third month in a row.

In December, according to the Labor Department’s Bureau of Labor Statistics, the nation’s civilian noninstitutional population, consisting of all people 16 or older who were not in the military or an institution, reached 251,936,000. Of those, 157,833,000 participated in the labor force by either holding a job or actively seeking one.