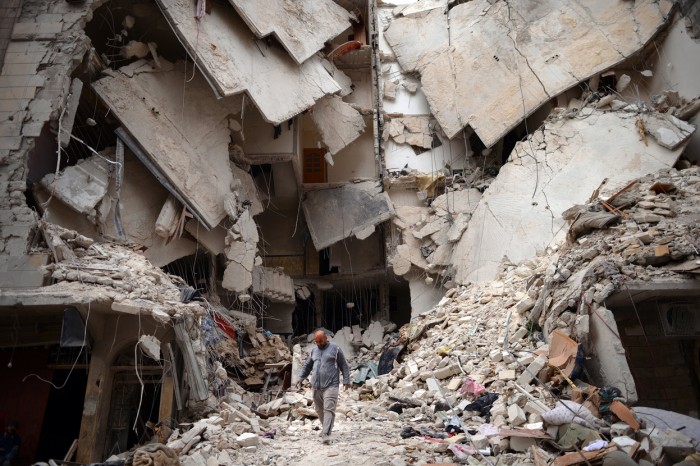 Turkey made a bad mistake when it shot down the Russian aircraft which had strayed into its airspace for 17 seconds. The operation, conceived to teach Russia not to interfere with the Third Syrian War – designed to create a colonial state in Northern Syria to which the Turkish Kurds would be transferred – had the opposite effect. Moscow has reinforced its anti-aircraft capacities in Syria, and has isolated Turkey. Ankara has now lost the benefit of the secret oral agreement it had concluded with Hafez el-Assad. And London, Paris and Tel-Aviv no longer know how to implement their plan.

Athe end of the Turkish civil war, Turkey threatened to invade Syria with the help of NATO if it continued to offer asylum to the leader of the PKK, Abdullah Öcallan. President Hafez el-Assad thus asked Öcallan to find another refuge, and was obliged to conclude an oral agreement with Turkey. It was agreed that the Turkish army would be allowed to penetrate Syrian territory, within a limit of 8 kilometres, in order to ensure that the PKK could not fire mortars from Syria.

Since the beginning of the current aggression against Syria, the Turkish army has used and abused this privilege – no longer to prevent attacks by the PKK, but to set up training camps for jihadists.

In October 2015, when the Russian military campaign was just starting, and Salih Muslim was beginning the operation of forced Kurdisation of Northern Syria, the famous Turkish whistle-blower, Fuat Avni, announced via Twitter that Turkey was preparing the destruction of a Russian aircraft. This occurred on the 24th November.

From the perspective of the Third Syrian War [1], the attack was designed to send a message to Russia in order to scare it into defending only Damascus and Lattakia, leaving the rest of the country in the hands of Turkey and its allies.

Technically, the aerial defence of Turkey, like that of all NATO members, is co-ordinated by the CAOC in Torrejón (Spain). The chief of the Turkish air force, General Abidin Ünal, should therefore have given advance warning of his decision to CAOC commander General Rubén García Servert. We do not know if he did so [2]. In any case, President Recep Tayyip Erdoğan confirmed that he himself had validated the order to destroy the Russian plane.

The Russian chief of staff had provided NATO with the flight plans of their aircraft in advance, so that neither the Alliance nor Turkey could ignore the fact that the plane was Russian, despite Turkish allegations to the contrary. Besides this, a NATO AWACS had taken off beforehand from the Greek base in Aktion (close to Preveza) in order to survey the area [3].

The Russian army bombarded the Sultan Abdülhamid Brigade – from the name of the last Ottoman sultan, infamous for organising the massacre of Oriental Christians. Since the beginning of the war against Syria, the Turkish secret services have never stopped supplying weapons to the Turkmen militias in Northern Syria, and overseeing their operations. The Turkish Press has documented the transfer of at least 2,000 truck-loads of weapons and ammunition – which President Erdoğan has admitted [4] – the majority of which was immediately distributed to Al-Qaïda by the Turkmen militias. In particular, in 2011, these militias dismantled the 80,000 factories in Aleppo, the Syrian economic capital, and sent the machine tools to Turkey [5]. So, contrary to Turkish allegations, the Russian bombing was not intended to target the Turkmen, but effectively to destroy a terrorist group guilty of organised pillage, according to the definition in international conventions [6]. The Russian bombardment had provoked the flight of 1,500 civilians and caused vigourous protests by Turkey [7], which addressed a letter to the Security Council [8].

The main leader of the Turkmen militias in Syria is Alparslan Çelik, a member of the Grey Wolves, the Turkish neo-fascist party, which is historically linked to the NATO secret services [9]. He claims to have given the order to kill the Russian pilots as they parachuted down [10].

The Russian plane which was shot down only entered Turkish air-space for 17 seconds, and was hit after it was already in Syrian air-space. However, since Turkey considered that it had annexed the 8-kilometre corridor which it was authorised to enter according to the agreement with ex-President Hafez el-Assad, it may have believed that the intrusion lasted longer. In any case, in order to shoot down the Sukhoï 24, the Turkish fighter had to enter Syrian air-space for 40 seconds [11].

The Russians had taken no particular measures to protect their bombers, considering that Turkey is an official participant in the fight against terrorist organisations. And an intrusion lasting only a few seconds has never been considered as a « threat to national security » » particularly since Turkey had been informed of the flight plan, and also that it regularly violates the air-space of other states, such as Cyprus.

Immediately solicited by Turkey, NATO called a meeting of the North Atlantic Council, which was unable to issue a resolution, but did its best by asking for a reading of a brief declaration by their General Secretary which called for … de-escalation ! [12]. Various sources reported profound disagreement within the Council [13].

The official Saudi Press published an audio recording of an appeal by Turkish military air controllers to the Russian plane warning it against an entry into Turkish air-space [14]. Several AKP politicians commented on this recording and denounced the risks taken by the Russian army. However, the Russian military has denied the authenticity of the recording, and has proved that it is a fake. The Turkish government then denied any implication in the publishing of the recording.

President Putin qualified the destruction of the Soukhoï 24 as a « knife in the back ». He publicly questioned the rôle of Ankara in the financing of Daesh, particularly because of the free transit of stolen petrol across Turkey. The Russian Minister for Foreign Affairs has asked the 4.5 million Russians who had planned to travel to Turkey to cancel their trip, and has restored entry visas for Turkish nationals. By decree, the Kremlin has forbidden all new contracts between Russian persons or organisations and Turkish persons or organisations, including the employment of personnel, the import/export of merchandise, and tourism [15].

In order to protect its aircraft, Russia has deployed about thirty extra fighters to escort its bombers in the area. In particular, it has installed S-400 ground-air missiles on its military airport in Hmaymime (close to Lattakia). With a range of 600 kilometres, these systems can detect and destroy up to 160 targets at once. The US Coalition, which includes France and Turkey, immediately ceased its flights over Syria.

From these elements, we may conclude that NATO was aware of the preparation of the Turkish attack and allowed it to happen. It looks as though Washington, which might support the project for a Kurdistan in Turkey, but is opposed to the invention of a pseudo-Kurdistan in Syria, is readying itself, with Russia, to oppose the Franco-Israelo-British project, just as the two major powers once opposed the colonisation of the Suez Canal (1956).

– The destruction of the Soukhoï 24 by Turkey was no accident, but an operation which had been planned well in advance in order to push Russia out of the area destined to be occupied by France, Israël and the United Kingdom. NATO, which had been following in detail both the Russian operation against the Turkmen militias and the Turkish attack, chose not to intervene.

– Far from folding under pressure, Russia has found in this skirmish both a motive and an opportunity to extend its military presence in Syria. In particular, it has deployed S-400 anti-aircraft missiles.

– The strategies of Turkey, which the international Press has been ignoring for four years, are now publicly discussed (pillage of Syrian factories, installation of training camps for jihadists in Northern Syria, supervision of the jihadists, support for Al-Qaïda, smuggling of petrol to finance Daesh).

– The Franco-Israelo-British operation has been interrupted. Coalition planes no longer fly over Syria.