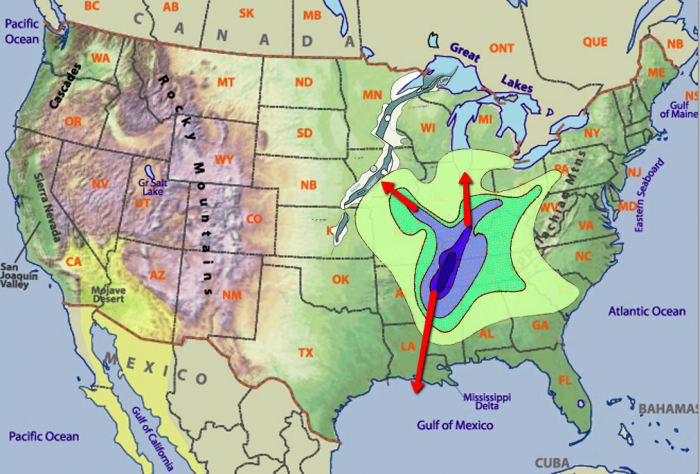 Can you believe that in the winter of 1811-1812 a series of earthquakes in northwest Tennessee shook the ground so hard that church bells rang on the East Coast and sidewalks cracked in Washington D.C?

The sitting president, James Madison, was even awakened in the middle of the night by the shaking of the White House.

In Tennessee and surrounding states the early settlers and Native American Indians were terrified by the shaking. Large fissures opened up in the ground, and some witnessed the Mississippi River appearing to flow backwards.

The cause of the earthquakes was the New Madrid Fault Zone in northwest Tennessee, southeast Missouri, and northeast Arkansas.

Experts say an earthquake of that magnitude, 7.0-7.5 on the Richter scale, could happen again in present day.

The area previously affected is now home to millions of people and major cities like Memphis, Nashville and Paducah, Kentucky.

“If we have another event in Tennessee like we had in 1811-1812, it would be the biggest and worst disaster in the recorded history of the United States. Hurricane Katrina will be a small event compared to this,” Cecil Whaley from the Tennessee Emergency Management Agency said.

Although the damage and loss of life would be catastrophic in west Tennessee, Middle Tennessee will still experience devastating effects.

What would happen to bridges, dams, our drinking water, the electrical power grid, and even natural gas pipelines if another earthquake of that magnitude occurred?

In Middle and west Tennessee combined there are about 2,600 bridges. Those would be rendered unusable.

Dams are built to withstand a 5.0 to 5.5 magnitude on the Richter scale, but we are talking about 7.0 to 7.5. It could be the worst case scenario for the U.S. Army Corps of Engineers and the TVA, requiring rescues of people and loss of infrastructure along the banks of the rivers.

Very few of Middle Tennessee’s pumping stations are protected against an earthquake. There’s the possibility residents could be without drinking water for weeks to months. (continue reading at WKRN)