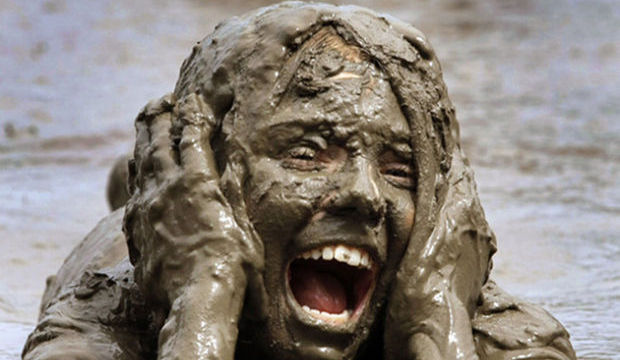 The first thing you should know about Don Black is that he loves his brother. He brings it up over and over again, on the phone, in text messages and emails, in the lyrics of a song. Don loves David. He worries about him. He prays for him. He sometimes cries because he misses him so much.

But David Black, the husband of U.S. Rep. Diane Black, has not been in contact with his younger brother since last summer, when he sent an email to Don severing ties — both familial and financial.

After that, Don lost his apartment in Michigan. He lost all the furniture he worked so hard to acquire, piece by piece from thrift stores over the years. He ended up homeless, living in a shelter for eight months. Meanwhile, David and Diane live in an $11.5 million, 20,000-square-foot-plus mansion on Old Hickory Lake.

“I love my brother, and I’m not going to stop loving him just because he’s trying to kick me when I’m down,” Don says. “But he professes to be such a good Christian, and really, I wonder what Lord he’s serving, because it’s not the same one I know.”

Don didn’t contact the Scene with his story. The Scene obtained emails between Don and David for this piece, but not from Don. The emails, which we have verified with David to be authentic, show he was giving his brother a monthly stipend for years until 2015. Still, Don’s not even sure he wants to be written about. He’s scared of angering David further, and he’s scared of what he describes as Diane’s vindictive streak.

David doesn’t want us to write about this either.

“I don’t think it’s any of your damn business,” David said during a phone call last weekend. He says he’s not a public figure, that his role as the CEO of Aegis Sciences Corp. and Diane’s husband doesn’t make a personal family matter newsworthy.

However, with Diane currently running for re-election in the House and widely expected to announce a gubernatorial bid after her congressional race is over, Don’s story adds complexity to the picture of a very high-profile couple. Especially since Diane, by one calculation, is the 10th-wealthiest member of Congress as of 2014, the last year for which filings are available, and has a net worth of up to $154 million, according to the Center for Responsive Politics — not including that $11.5 million house. Diane runs on a platform of “family values” and lauds her Christian faith and donations to ministries. Her office declined to comment.

“I don’t care if he has a million, a billion, a trillion dollars, I wouldn’t take a bus token from that man ever again,” Don says of David. “I don’t want his money. But I’m not going to be angry. I’m not going to live like that.”

Don Black’s story isn’t unusual, really. When you come from a working-class family with an alcoholic and abusive father, when two of your siblings die from struggles related to years of addictions, when you already use substances more than you should, it’s not exactly a shock that you get hooked on pain pills after a string of surgeries. And when your problem gets worse, it’s maybe not surprising that you’d turn to heroin. And then when a friend of a friend asks you to get him some heroin, you go ahead and do it. And when that guy turns out to actually be an undercover cop, you’re lucky to get off with fines and five years of probation.

No, it’s far more surprising that David ended up where he is, as the head of a multi-million-dollar forensic sciences company, than that Don has ended up at 65 struggling to pay for living expenses with his meager disability payments.

It’s also not surprising that a conservative Republican who did successfully pull himself up by his bootstraps and amass massive wealth and influence would get frustrated with his four siblings’ inability to do the same. The June 11, 2015, email David sent Don — in which he cuts his brother off — reads like a page straight out of the GOP playbook.

“I do not mean to be harsh, but your letter reads like you are a ‘victim’ when in fact you are dealing with the consequences of your life’s decisions,” David writes. “I have worked very hard to never be a victim, but to always embrace every challenge and opportunity to its best outcome. … No one is a victim, we are all the result of our decisions.

“I realize you will believe me harsh but I must discontinue my financial support of you. I am not your father; you are responsible for you. Your letter testifies that you do not yet realize that. … I tried to be supportive, but none of my siblings cared for the dull routine of the responsible life. … Every decision you have ever made has placed you where you are. You are not a victim, but a consequence.”

Don says he’s still not sure what he said to David in his letter to enrage him so. David declined to specify, other than saying, “Don has lied to me his entire life. … At some point I exhausted my patience with him.”

David originally offered to help Don in 2012 — out of the blue, Don says. In 2013, David set up a Christian music company named Ebon Passeri Music and gave Don a five-year contract that required him to write seven original songs every six months, in which the company would then try to interest singers. Mandy Barnett recorded one of Don’s songs, but it never got released. Yet Don still dreams of one day moving down to Nashville and writing more music, maybe getting Amy Grant to record his favorite song he’s written, “The World’s First Christmas Tree.”

Don’s sober now, has been for well over a decade, and it makes him sick to know his one son is still using, somewhere out West. Steven Palmer, the head of Neighbors of Hope, the shelter in Adrian, Mich., where Don lived for eight months, confirmed his sobriety and said Don had been a great source of support and mentoring for other men newly struggling to stay clean.