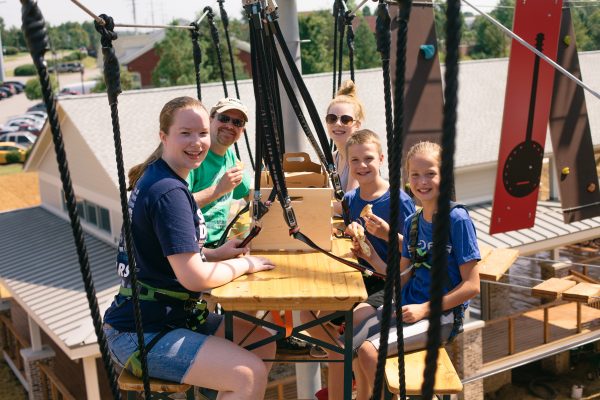 Boredom won’t be an option for your family — There are so many things to do with kids in Nashville!

Ready or not, summer is coming– and if you want to have a great school break with your kids, you’d better be prepared. The good news? It’s easy to find fun things to do with your kids in and around Nashville, even if you don’t have a big summer budget. Here’s my massive list of all my favorite things to do with your kids in Nashville this summer, along with helpful hacks to make the most of your experiences. We’ve done most of these things ourselves over the years, and I’m thrilled to share with you all I’ve learned!

Things to Do In Nashville with Kids

1. Visit a cedar glade, one of the world’s rarest ecosystems. Believe it or not, Middle Tennessee is home to an ecosystem unlike anything else in the world. It’s called a limestone cedar glade and a number of them are managed and protected by the state in Lebanon and Murfreesboro. Cedar glades are home to dozens of extremely rare plants and flowers, including the Tennessee Coneflower, which was thought to be extinct until a Vanderbilt ecologist re-discovered them in 1968. Read my full guide to visiting the Tennessee Cedar Glades here.

Activities for Kids in Nashville
Source

2. Climb to new heights at SOAR Adventure Tower in Franklin. There’s something for everyone at this massive four-level climbing tower, which has 110 different climbing elements. Got smaller kids? Not to worry- The ground level features a special section built especially for kids ages 4-7, with 19 different elements. People are raving about this new attraction- I can’t wait to check it out!

3. Spend the night at the Nashville Zoo! The zoo’s twice-annual Zoofari Slumber event is an unforgettable experience– We did this a couple of summers ago and it was worth every penny. Roast hot dogs and marshmallows over an open fire, watch live animal shows, play in bounce houses, ride the carousel, and sleep in tents beneath the stars. This summer’s Zoofari dates are May 28/29. Another one is generally scheduled in late September.

4. Relive the era of Camelot at the Tennessee Renaissance Festival. This popular festival runs each weekend in May and everyone I know who’s gone ends up returning year after year. Here, you’ll find live jousting, Celtic music, comedy shows, crafts, food and drinks, and some very interesting people watching!

5. Set off on a Nashville mural scavenger hunt and photograph your kids in front of what you find. Nashville’s murals are one of the hottest things on Instagram right now, and I’ve decided to put the kids in the car one summer morning and photograph them in front of as many as we can track down. This ‘I believe in Nashville’ mural at Marathon Music Works is one of the most popular, but there are many more. Find partial listings here and here. Tip: You’ll have the best luck going on a weekday morning or early evening, when traffic is at a minimum and temporary streetside parking should be fairly easy to find– and go when it’s at least somewhat overcast– Squinty pictures are the worst.

6. Take the kids to see a $1 Summer Movie Express family film, offered Tuesdays and Wednesdays at 10am this summer at all Regal Cinemas. G-rated and PG-rated films are both available and the options are always awesome- Here’s the 2016 schedule:

7. Give the kids a close-up look at the stars and planets at a BSAS Star Party. The Barnard-Seyfert Astronomical Society holds public star parties throughout the summer all over Middle Tennessee. BSAS members bring their ginormous telescopes to the events so that anyone can look through them and get an explanation of what they’re seeing. We went to one last summer and saw Saturn! Both kids have been begging for their own telescope ever since. This activity is free and I consider it a summer must-do. The next Star Party is May 13th at Bells Bend Outdoor Center; other summer Star Parties are taking place at Warner Park, Long Hunter State Park, and Bowie Nature Park. For a complete listing of upcoming star parties, go (continue reading).