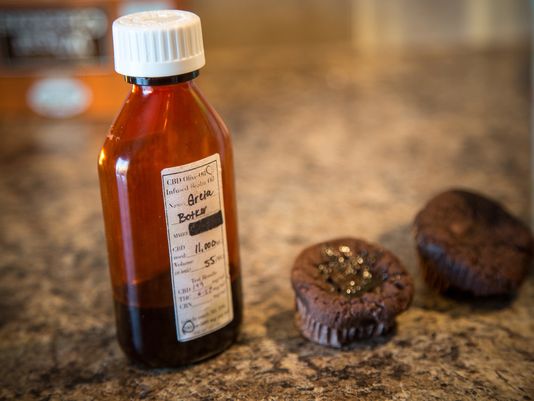 Agricultural hemp and marijuana-based oil is legal for treating childhood seizures in the state of Tennessee, thanks to recent legislation. It’s now time to make cannabis available to all patients who could benefit, including sufferers of debilitating pain, HIV/AIDS, Crohn’s disease, multiple sclerosis, Parkinson’s, advanced cancer, Post Traumatic Stress and other medical conditions for which cannabis works. The current General Assembly is expected to consider giving patients access to what the Mayo Clinic called marijuana’s “treasure trove of therapeutic applications.” The public will applaud. MTSU and Vanderbilt polls showed 75 percent of Tennesseans support medical marijuana.

Leading the charge is Sen. Steve Dickerson (R-Nashville), a physician specializing in anesthesiology and pain management. The house bill will be brought by Rep. Ryan Williams (R-Cookeville). “As a practitioner, I was made aware that patients were going to other states to get medical cannabis,” Dickerson says. “MS patients who moved here from out-of-state told me their symptoms were better controlled when they lived in a state where they had access to medical cannabis.”

Dickerson aims to legalize pills, oils and other pharmacologically active derivatives for medical use. His bill earned a hearing in the last session, and he plans to introduce a revised bill in March. He is currently working on the list of ailments for which marijuana derivatives would be legal. “As we continue the process of educating the legislature and administration on this subject, we are trying to use data and real-life patient experiences to paint the entire picture,” Dickerson says. “As I said during testimony in December, I am committed to providing Tennesseans with access to medical cannabis and will pursue it as long as I remain in the legislature.”

It is also time to decriminalize possession of small amounts of marijuana. Responsible adults should not be punished for choosing a substance objectively less harmful to themselves and society than cigarettes or alcohol. A half dozen bills on cannabis were introduced in the General Assembly in the last legislative session, though none of the bills made it to a hearing. In the coming legislative session there may be more action on the issue.

The national—and international—movement to allow marijuana use started slowly but recent wins have had a cascading effect. To date, four states and Washington, D.C. have legalized marijuana completely, 14 have decriminalized possession of smaller amounts for social users, and 23 states and Washington DC allow some form of medical marijuana. North of our border, newly-elected Canadian prime minister Justin Trudeau campaigned on legalizing marijuana “right away,” and is working through political snags now.

In the legal states, federal prohibition still applies, but it is not a state’s responsibility to enforce federal laws. States can, however, collect taxes on legal marijuana. Colorado now takes in more revenue from sales of marijuana than alcohol.

When Colorado legalized marijuana in 2012, prohibitionists warned of imminent disaster. But crime is down – police have more time to fight real crime. Traffic fatalities continue to decline. There has been no increase in teen use. More than 16,000 jobs have been created in the marijuana industry. And thousands of otherwise law-abiding Coloradans who would have been subject to arrest have not been dragged through the criminal justice system. With these results, it’s no surprise Coloradans like legalization. More than half are still in favor of the law.

Legalization won’t be on the table in Tennessee in 2016, (continue reading at the Banner)