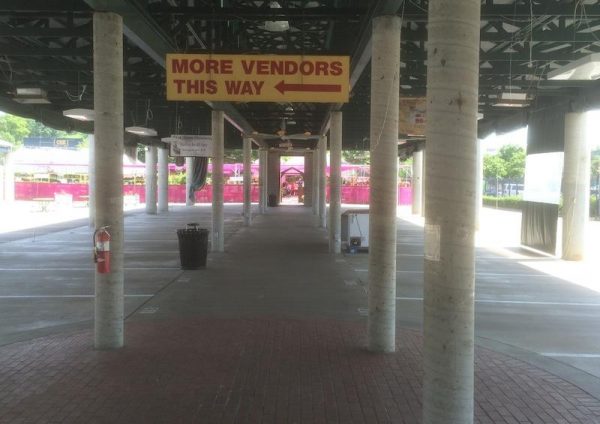 The administration of the Nashville farmer’s market expects a revenue loss of around $200,000 as 2016 brings with it a new policy that changes the rules of the game. As of January of this year, this new policy states that vendors must grow the produce they sell within the Nashville area. There is an exception if you have a contract with a farmer growing your produce, but it would seem that even loopholes such as these cannot bring back what once was.

Walking through the market now, the difference is unmistakable. While it used to be that the booths were constantly packed full of people eager to get their hands on fresh fruits and vegetables, many of the sheds are now empty. Even during the week, formerly the market’s busiest time, the remaining sellers are left idle and wondering how they will survive.

Today, products like lemons, limes, avocados and pineapples will not be found on the market, as re-selling is no longer allowed.

“This is a quarter or less of what used to be,” says David Gay, a regular shopper at the market, “this is losing a cool part of Nashville.”

Though both the customers and the sellers are hesitant to accept the changes, the administration is standing by its decision, claiming that the new policy protects the market’s authenticity and improves food safety.

“In the past,” says Tasha Kennard, Executive Director, “we had folks that were here all the time and we never knew where that produce was coming from.”

The administration is hopeful and feels that the public will adapt, as it’s “just a different way of operating.”

Will the public adapt, though? While some may make do with the changes, it appears that most don’t believe that a change was ever necessary. As a regular customer explains, “I don’t care where it comes from, how bad can a tomato be, you know? I just want a tomato.” Other residents complained the administration seemed more interested in rules than in the people the rules should serve.