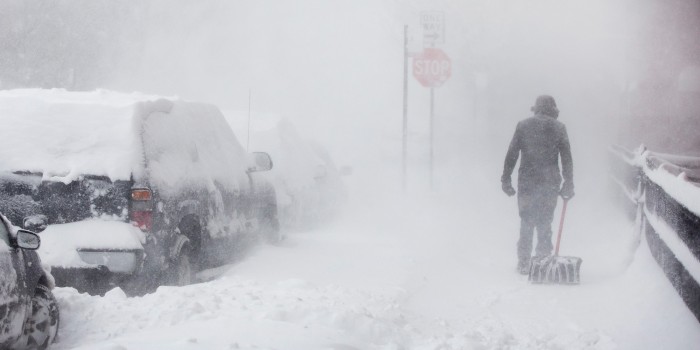 Few can deny the common sense behind preparing for something that is definitely going to happen, yet every year, an impending winter storm sends people rushing out to the store at the last minute, prepping for a blizzard that is due to hit in mere hours. Every winter, if you live in certain climates, blizzards are going to occur. Usually, at least one storm will hit that will cause you to be snowed in. Often, those storms mean you will also lose power. There is the inevitable rush to the store for milk and bread, during which people battle it out for the last supplies left on the shelves.

But you can avoid all that. You don’t have to be a bunker-dwelling, MRE-chomping, camo-clad prepper to see the logic behind keeping some extra food and other supplies on hand for something that happens every single year.

This year, avoid the last minute panic and the discomfort of being unprepared. This article is full of links to previous articles that will help you in prepping for a blizzard. Put together a at least the bare minimum kit for riding out the storm. (Camo is optional.)

Everyone knows that clean drinking water is something you can’t live without. In the event of a blizzard and power outage, the water may not run from the taps. The pipes could freeze, or, in the event of grid failure, an electrically driven pump will not work.

“I’ll just eat snow.” No, this is a horrible idea. First of all, snow is mostly air, and you’d have to eat 20 quarts of it to equal 2 quarts of water. Secondly, if you eat that much snow you will lower your core temperature and put yourself at risk for hypothermia. If you already don’t have water, you have enough problems. You don’t need hypothermia. For a small amount of money, you can have a 5-gallon jug of water sitting in your closet, instead of melting snow, crouched beside a fire in the backyard, watching the pot. You aren’t in the wilderness fending off bears. This really is not a good plan. First of all, the snow picks up all sorts of pollution as it falls through the atmosphere. The impurities can potentially make you sick. If you really get yourself in a poorly thought-out situation in which snow is your only hope for survival, boil it for 10 minutes before drinking it. Then, when the crisis is over, please store some water so you never have to do this again.

Each family should store a two week supply of water. The rule of thumb for drinking water is 1 gallon per day, per person. Don’t forget to stock water for your pets, also.

You can create your water supply very inexpensively. Many people use clean 2-liter soda pop bottles to store tap water. Others fill the large 5-gallon jugs with filtered water from the grocery store. Consider a gravity fed water filtration device and water purification tablets as well. Other filtration options are the small personal filters like the Sawyer mini or the Berkey-to-go.