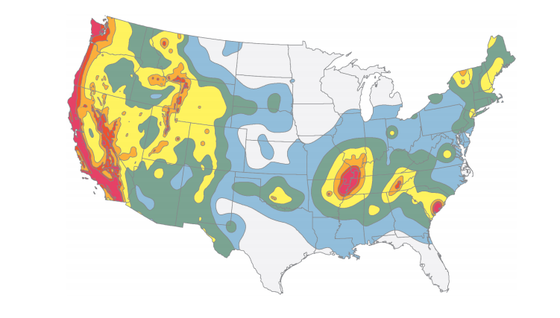 In the wake of a 2.2 magnitude earthquake in western Tennessee on Monday, a new report from global insurance firm Swiss Re is warning larger earthquakes in the New Madrid seismic zone could have “potentially crippling economic” affects to the Midwest region.

The report “Four Earthquakes in 54 Days” was distributed among the insurance industry and cites data from the 1811 & 1812 earthquakes that shook Memphis, Nashville and other cities in the fault zone. Given a population living in the seismic zone that has grown from 830,000 in 1810 to 47 million today, Swiss Re estimates total damage would be over $300 billion dollars. Swiss Re researchers believe earthquakes and the following aftershocks would cause the “costliest natural disaster to date.”

Factors such as the ability for seismic waves to travel far distances, a large population that includes(continue reading at Fox17)